The biggest difficulty the Turkish Armed Forces and Free Syrian Army suffered during Operation Euphrates Shield was carrying out the operation with the lack of close air support due to present threats and inventory. This situation was just the opposite during Operation Olive Branch.

On January 20, 2018, the Turkish Armed Forces (TSK) started an operation in Afrin located in the north of Syria and known as one of the so-called cantons of the PKK. The main goal of the operation is cleansing the region of terror elements and giving the control of the region to its original owners, in other words, to the control of people, as it was in Operation Euphrates Shield. At the same time, a further goal is preventing the terror corridor intended to be established on the southern border of Turkey. The achievement of the TSK and TSK-supported Free Syrian Army (FSA) in cleansing a broad area including Afrin city center from terror elements within a period shorter than two months is a success that deserves to be mentioned in the military literature… Yet, beneath this success was the local and national industry that constantly supports the Turkish military in the background as an important factor.

70% LOCAL AMMUNITION WAS USED DURING THE OPERATION
Prime Minister Binali Yıldırım revealed the level that Turkish defense industry reached in terms of self-sufficiency when he mentioned during his speech about the operation that, “70% of ammunition used during the operation was local”. Among the top local weapons used during the operation were: Bayraktar TB2 Armed Unmanned Aerial Vehicle (AUAV), T129 ATAK Helicopter, MPT-76 Infantry Rifle, KİRPİ MRAP Armored Vehicle, T-155 Fırtına Howitzer, T-122 Multiple Rocket Launcher, MAM-L Ammunition, HGK- Laser Guidance Kit (LGK) Ammunitions, Cirit Missile, TAMKAR and KORAL ED/EH System… Many of our “combat proven” systems that were used during the fight against terrorism in the country also proved their success outside our borders.

IMPORTANCE OF CLOSE AIR SUPPORT CARRIED OUT USING LOCAL ELEMENTS
The biggest difficulty the Turkish Armed Forces and Free Syrian Army suffered during Operation Euphrates Shield was carrying out the operation with the lack of close air support due to present threats and inventory. This situation was just the opposite during Operation Olive Branch. There were 30 local T129 ATAK helicopters present in the inventory and our ATAK helicopters were used day and night (intensively used in Afrin’s Burseya and Cinderes regions at night) during the operation. The Cirit Missile, which is among the important multipliers of ATAK helicopters, was used effectively against PKK/PYD terrorists during a night operation. 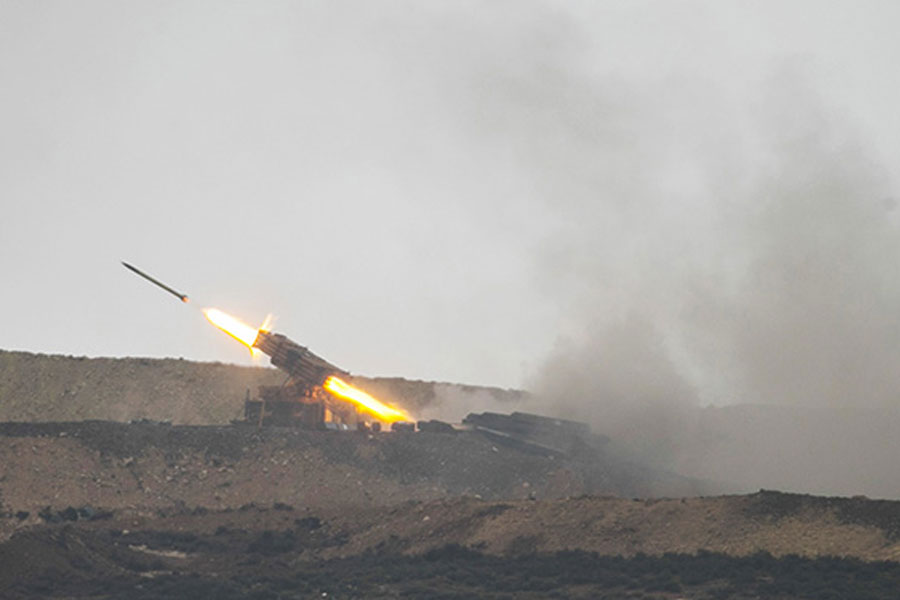 ARTILLERYMEN’S ATTACK WITH FIRE
Turkish artillerymen displayed an outstanding success during the operation. Moving Militia forces coming from Nubl and Zehra regions under the control of Syrian regime forces and from regions loyal to al-Assad regime in order to support PKK/PYD were hit and neutralized with local T-122 Multiple Rocket Launchers. Turkish artillerymen displayed a rarely seen attack style by covering dynamic targets with fire from rocket systems. We can come to the conclusion concerning this attack that Turkish artillerymen destroyed targets with sharpshooter accuracy and ability. Moreover, on-point hits of T-155 Fırtına Howitzers were the biggest supporter of our elements on the field throughout the operation. It is obvious that our local defense industry carried the TSK to a higher league and gained the respect that it deserved… Footage taken during Operation Olive Branch was shared on social media. It shows a SAT commando marking a PKK/PYD target with a local ENGEREK laser target designator and elements linked to the Turkish Armed Forces destroying the designated target using locally produced LGK ammunition. A user from the US who analyzed this image on a foreign defense industry platform said: “I did not know the TSK as an army that is capable of using such developed and complex systems.” Thanks to the local and national defense industry, the TSK establishes an image that offers trust to its allies and fear to its enemies in all over the world. With the support of the national defense industry, the Turkish Army earned the capacity to produce an Unmanned Aerial Vehicle (UAV) that could compete with US, Israel and China. Thanks to this capacity, it achieved a number of successful operations with its instant target acquisition, track and destruction capability. 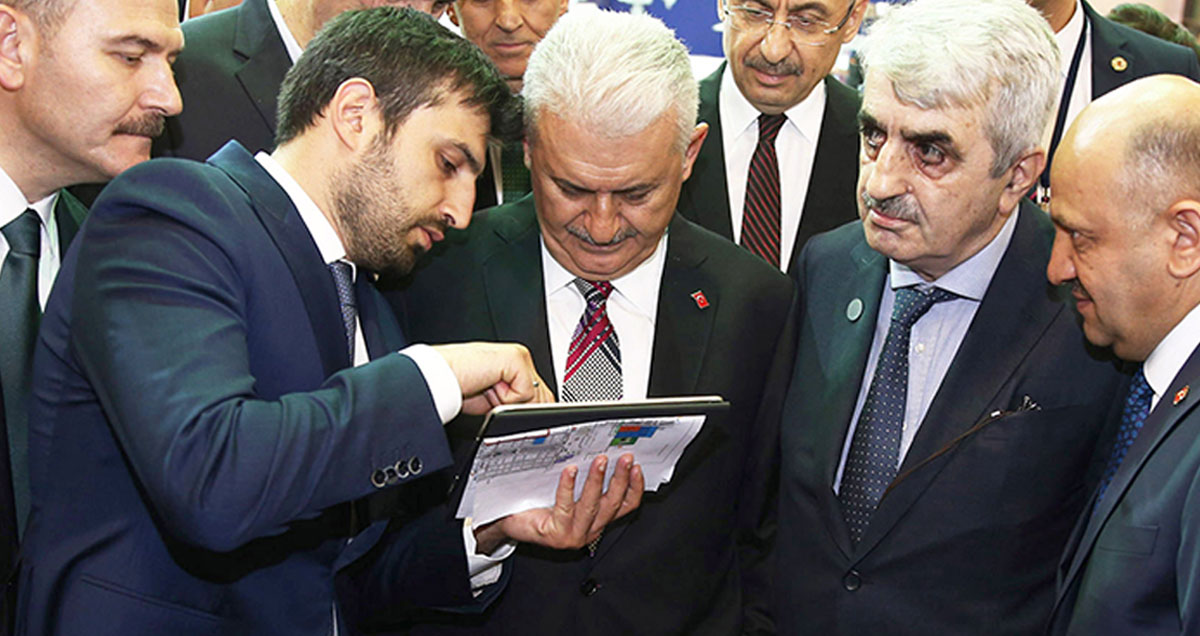 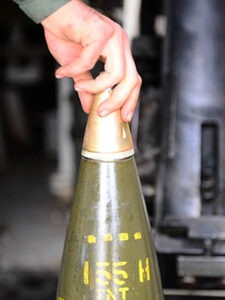 The Bayraktar TB2 Armed Unmanned Aerial Vehicle (AUAV) became the major milestone of these operations… It was the TSK’s eye in the sky during dynamic target tracking and destruction of these targets with artillery rockets at the same time as considering civilian sensitivities. Many unannounced operations were launched by using Bayraktar TB2 AUAVs and they inflicted serious damage on terror organizations. The use of MAM-L ammunition in addition to Bayraktar TBS2 AUAVs before and after the operation prevented any ammunition shortage. National UAVs featured not only during target acquisition and destruction but also as a weapon against the smear campaign carried out by the PKK/PYD in order to mislead international public opinion. An attack against Turkey’s border cities by terrorists in disguise of civilians in Cinderes region of Afrin was recorded moment to moment by UAVs and the footage was released. Another fine example of the use of UAVs against smear campaigns was perhaps the TSK’s move to share undamaged views of a hospital on social media only a few hours after the PKK’s “TSK has hit a hospital in Afrin” lie.

All these developments recall a line from the memoirs of war hero Artillery Lieutenant Mustafa Ertuğrul, known as “Evil Turk” among Westeners for his scuttling of many warships of different sizes from the Balkan Wars to the War of Independence: “Our astonishment when we first saw aircraft carriers was similar to the astonishments of Indians when the Spanish first set foot in America.”

Today, we are at a very different point to the moment mentioned in the memoirs of Mustafa Ertuğrul. Thanks to the local defense industry. the Turkish army has now reached a level at which it uses systems suitable to its era and and can compete with developed armies.

Mümbiç: Dagger in Turkey's Back From the East of Euphrates 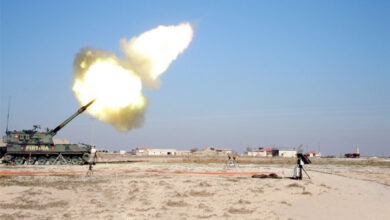 Strategical Anatomy of an Operation 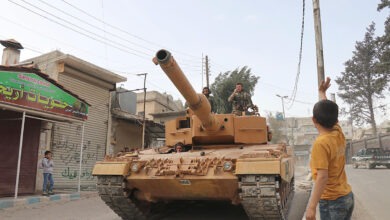 Mümbiç: Dagger in Turkey’s Back From the East of Euphrates 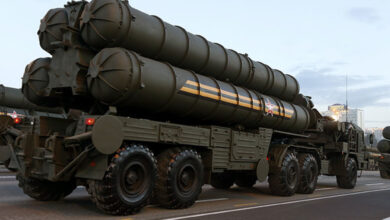 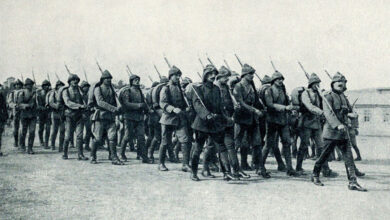